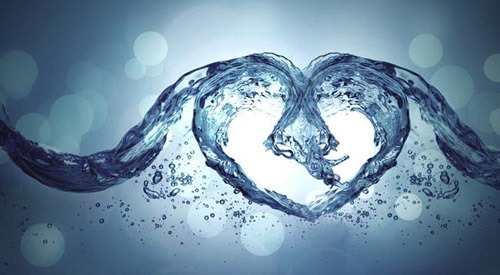 When Nazism was spreading across Europe, Hitler ordered the King of Denmark to issue a decree requiring all Jews in the country to wear a yellow arm-band with a Star of David. The King knew that all who wore the arm-band would be rounded up and sent to the death camps; he also knew the danger of disobeying Hitler.

He issued his decree, and—although he was not Jewish—he was the first to wear a yellow arm band. The next day, every Danish citizen—Jew and gentile—wore the required arm band.

The King and his subjects showed solidarity with the Jews, and gave them a lease of life.

Jesus’ baptism was an act of solidarity of the king with all his subjects. He did not need John’s baptism of repentance because he was sinless (in Matthew’s account, John tried to prevent him!). But he chose to be baptised to become one with us. Having pitched his tent among us, he made an act of complete solidarity: he became immersed in our reality, and truly became one-with-us.

However, Jesus did not become one-with-us to leave us in our state. With his baptism, he began his mission to show us that we are—in the words of St John in the second reading—“begotten by God”. Jesus’ solidarity with us gives us new life as God’s beloved children.

Children of God is our identity, and the messianic banquet—about which Isaiah prophecies in the first reading—is our destiny.

Our baptism is not merely a baptism of repentance and a washing away of original sin. It is also—and especially— an entry into God’s family, and the beginning of a new life of grace through an empowerment/anointing with the Spirit.

How will I live as my new life as God’s beloved child? How will I show solidarity with his other children?